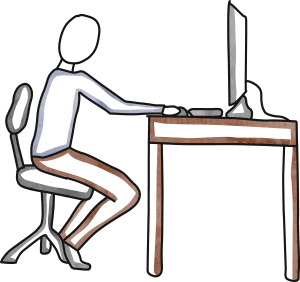 Last night it was announced that in a couple of years GST (tax) will need to be added by non-Australian online businesses when they sell downloadable stuff to Australian businesses.  As a web site builder, I am plenty excited at the prospect of getting a ton of new clients whose web sites don’t currently allow them to do this.

The WordPress web sites I have built can cope with this, but it still raises three very disturbing questions:

1) How will these foreign businesses know they are supposed to pay this tax?  Will the ATO (Australian Taxation Office) write to every business in the world and let them know?  How will they send this money to the ATO – will they need to register as an Australian taxpayer to then send it in?

2) If this is in the Australian law, I assume it would be against that law for a foreign business not to comply.  How will this be enforced?  Is the ATO going to seize the databases of overseas businesses and scrutinize them to see whether they have been selling to Australians?  Then extradite them to Australian for trial?  I can’t see this being feasible for small amounts, so there would need to be a threshold at which this would be viable.  Therefore, why not just have that threshold in the first place (which we already have, for physical imports)?

3) If it is within Australian and international law for Australia to suddenly impose a tax on people outside Australia, it must therefore be legal for other countries to do the same to us.  How do I know whether this has already happened?  Perhaps Uruguay (for example) has such a law, and by selling downloadable things to someone in Uruguay and not paying their tax I am breaking their law, and could end up in jail?  I can see that it will be WAY easier for people to just say “It’s too hard – I will only sell to people within my own country to avoid being subjected to foreign laws”.

I welcome your comments.