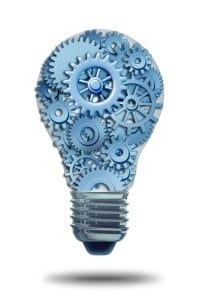 With the majority of buyers using the Internet to search for information before making a purchase, it is now more important than ever for businesses to be able to control how they appear online.

For this reason, we have spent the last few weeks undertaking a wide-ranging study looking at the take-up of online marketing in various business niches.

What we looked at

We looked at the following indicators of web presence:

Who we looked at

The business types we investigated were the following:

Note that we differentiated between cafes and coffee shops, even though many people use the the two terms interchangeably, according to how each business describes itself.  This is because a lot of businesses prefer to be called cafes, and don’t like the term “coffee shop”, and vice-versa.

We found our lists of businesses (around 100 in each business type) from offline sources.  That is, there is not much point in looking at online lists to determine who is online.  So we purchased lists of business details in each business type, then went looking online for what presence those business had.  The businesses were roughly 75% in the USA and 25% in Australia, which are the main areas we work in.

The results were as follows.

In all areas except photographers, the frequency of these businesses having a web site was between 10% and 25%.  At the higher end of this range are cafes and coffee shops, but all other business types were around [standout fx=”highlighter”]9% to 10%[/standout].  Photographers, being perhaps more keenly aware of the importance of having a portfolio online, and perhaps also being more comfortable with technology, had about a 40% web site take-up.

Of the businesses that do have web sites, however, around [standout fx=”highlighter”]75% needed some sort of help[/standout].  They didn’t rank on Google, even for a search on their exact business name, or they were not mobile-compatible (which means they won’t be high on a mobile Google search), or they appeared to have used out-dated and possibly harmful SEO techniques like keyword stuffing.  In many cases, it looked like they had been set up by the business itself, or a kid or friend.  These are businesses who are probably excellent at what they do, but not so great at building web sites.  They wouldn’t dream of asking a web site builder to do whatever they are expert at, yet they didn’t get a web site expert to build their web site, which everyone will see, and which represents them online.

Of the 80 or so web sites we found for these businesses, 10 had been hacked.  We contacted the owners, and 9 of these 10 were not aware they had been hacked.  Of the remaining 70, [standout fx=”highlighter”]we found serious security flaws[/standout] in 50 of them, meaning they were in danger of being hacked.

Use of directory or review sites was very high.  Around 80% across the board were on such sites.  However, these were often (90% of the time) free listings that had not been claimed by the business owner.  This leaves them vulnerable to having the listing claimed by someone pretending to be them, and their contact details being changed.  It also stops them from being notified when negative reviews appear, or responding to these.

Most of the companies had no videos at all on YouTube or other video sharing sites.  A few (about 20%) had a general video that had been created by a third-party like Yellow Pages or another marketing company, but most of these were doing more to promote the marketing company rather than the business they were about, as they had no links to the company web site.  Among the 1000 or so companies studied, we found only ONE example of a video review, and only three project videos.  Since Google owns YouTube, videos rank very high, and are a great way to get on page 1.  [standout fx=”highlighter”]But this has been almost totally ignored[/standout].

There were several examples of company mentions in press releases, for things like trade fairs and government tenders.  But these were not promoting the company we were researching, and had no link to them or their contact details.  We only found one business in all those we studied that had used self-generated online press releases effectively to get more business.

The only area where the businesses we looked at did seem to have an online presence was social media, specifically Facebook.  Around 60% of the businesses researched had a Facebook page.  But the average number of Likes on each page was less than 100, with some as low as single figures.  Most (about 80%) had last posted more than 6 months ago, and showed very little interaction on the site.  Several had a burst of energy for a couple of months a while back, then fizzled out.  Perhaps they had hired a social media manager for that period.

What we are doing about all this

We are offering to help small businesses in all these areas.  To do this, we are setting up a series of web sites that will present information to each of these business types, with services tailor-made for each.

We are starting with brick pavers, and the web site for them is now live at http://WebSitesForBrickPavers.com

This post will be edited as the other sites come online, but if you are running any type of small business and require the services offered, please contact us and we can discuss your needs.  Or phone (03) 9018 5069 in Australia or (858) 480 5067 in the USA and have a chat.