Press Releases are an amazingly powerful way to get a lot of high-quality backlinks to your web site.  They are also a great way to get noticed by media, and get a little “cred” for your business.

But first, the basics…

What is a press release? 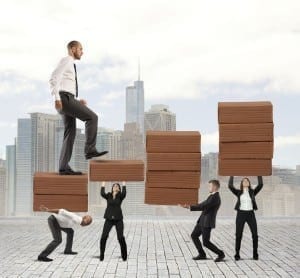 A press release is a news item.  It is a story that tells people online about your business, or your project, or whatever it is you want to announce.

It is NOT an advertisement.  It is written like a story so that it holds the interest of the reader, and doesn’t try to sell them anything.  It can have a “call to action” at the end – a way for people to contact you – but it isn’t a blatant sales tool.

Why would I want a press release for my business?

A press release can have links to your web site, or to your video, or to whatever you want to draw attention to.  Google loves things that have links to them, and this will help them to rank.

Also, a press release is a very fast way to get noticed.  Getting a press release written takes around 24 hours (or you can write it yourself).  Then it is sent to a lot of press release sites, and usually appears 2 – 3 days later.

How do I get a press release?

There are two parts to getting your press release done.  The first part is to have it written.  Please see our earlier post on How To Write a Press Release  We offer a press release writing service – click here for details.  Or you can have it written by someone else, or even write it yourself if you understand what is needed.

The second part is to submit it to a number of press release sites.  There are thousands of these online.  You can submit them yourself, one at a time, but it will take you a very long time.  Or we can submit it for you, and give you a report on where it went.  Click here for more details about press release submissions.

What are these advanced press release strategies?

OK, so once you understand the basics of doing a press release, and maybe have done a few, you are ready to start applying some more advanced techniques.

If your focus is on getting your content taken up by online news sites, make it into a list.  Titles like “Press Release Agency Reveals Top 5 Advanced Press Release Strategies” are great, because media organisations are always looking for evergreen content to share with their readers.  Of course, your content might be time-sensitive, like an announcement of a new product, or a special offer, but you can often do more than one PR on the same topic.  One that gives the evergreen information, and then a second one that announces the special offer.

Which brings me to the second strategy…

Write a press release, submit it, then wait.  See what comes to the top of Google.  Your press release (if you have submitted it correctly) will appear on hundreds of web sites, but one or two will probably be on page 1 of Google in a couple of days.  Once that happens, write your second press release, with a link back to the top-ranking site where your first press release was featured.

This can be worded so it is an “update” on the first press release.  So say your first PR was about a problem a certain type of business has, your second PR could be about an announcement that your company has found a solution to that problem.  Of course, the solution could appear in the first PR too, but by putting out a second PR that focuses more on the solution than on the problem, you will reach a different group of readers.

Putting in a link to the highest-ranking place where your first PR appeared also helps that first PR to rank, making it last longer on Google.

You could also put out a third press release in the stack.  In our example, this could be an announcement (with testimonials) of a client for whom your company has resolved the problem.  This could have links back to both the first and second press releases, as well as to your company – but don’t go overboard with too many links.

There is no way you are going to out-rank a site like Wikipedia for a lot of basic searches.  But through careful keyword selection, you can out-rank everyone for some very valuable long-tail keywords.  Adding a link to Wikipedia in your Press Release will help to get it onto page 1 of Google.  By linking to a high-authority site like Wikipedia, you are showing that your main aim in putting out the press release is not to rank your site, but to genuinely get the information out that you are trying to share.

Other sites you could link to would include Amazon, Google itself, or Facebook.  Be careful not to use an affiliate link (one where you benefit financially from the link), as this can be frowned upon by many press release sites.

Adding a link to an external site can also be a great way to explain a concept in a Press Release.  For example, if you were writing a press release explaining how upgrading the type of light fittings in a home can help save energy, a link to a Wikipedia page that explains how electricity works would save you from having to explain that in your press release.

4.  Add a video to your press release

If you have a relevant video, adding it to your press release will help enormously with ranking that video.  Also, some people prefer to watch (or listen to) a video than read a wordy press release, so that can be a great help to them.  And another thing – sometimes it is easier to explain things in a video than in writing, like if your press release is talking about how to make or do something.  If a video will help your reader to understand your message, put it in!

Some press release distribution services include a place where you can paste in the URL of your video.  Others don’t, so you will need to add the link within the body of the press release itself.

Another great aid to understanding your message is adding images, so…

5.  Make the most of images

Most press release submission services will allow you to include an image or two in your submission.  ALWAYS put in an image.  Change the name of the image file so that it includes your keywords, and not only does that add another occurrence of your keywords to your press release.  This also increases the possibility that your image will appear in the Images section of Google for your keywords.

Don’t just put in your company logo as an image.  Choose something eye-catching that will encourage the reader to visit your site.  Infographics are wonderful for this.  Often an infographic will be too small to properly digest on a press release site, and linking to the full size version on your own site is a great way to get people there.

That’s it!  There are plenty of other little things that can be done to get Press Releases working better for you, but the main thing is – do some.  Just get your press releases out there and working for you, and soon you will have more business than you can handle.

If you would like to discuss how we can work together to get your business better known online, please get in touch.